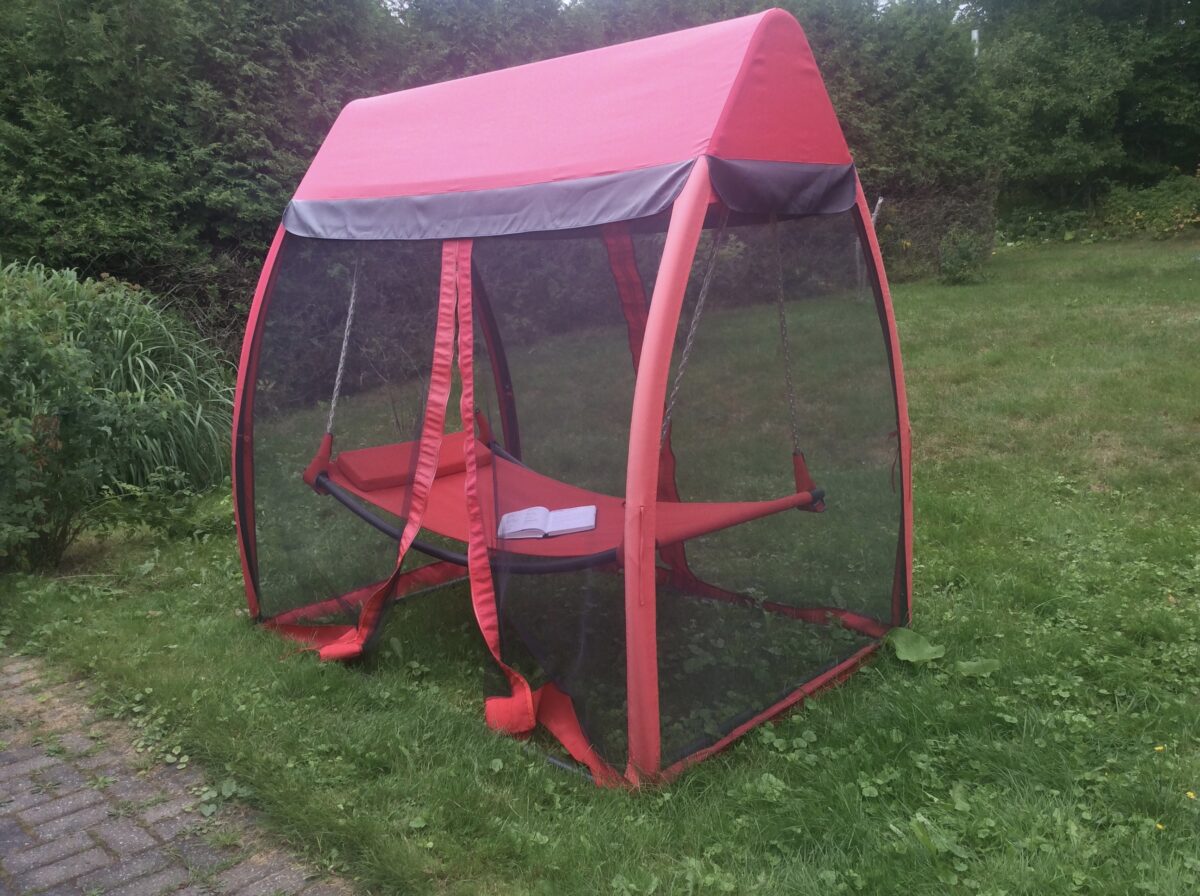 Do you know how to keep ideas coming? Ideas are as necessary to a writer as breathing. Having said that, certain activities will encourage the flow of ideas while others will block them as surely as my long curly hair clogging the bathtub drain. Do you know what these activities are? They’ll be different for everyone so it pays to be aware of them. Every time I notice a new one, I add it to my special list.

ACTIONS THAT ENCOURAGE THE FLOW OF IDEAS

ACTIONS THAT STOP THE FLOW OF IDEAS

In general, any kind of physical activity that doesn’t require too much thinking or focus will help generate ideas. For instance, while I get plenty of ideas running laps indoors, I haven’t had a single one jogging outdoors yet. It could be because when I’m outside, I’m more focused on my surroundings: being mindful of obstacles in the road, making sure I don’t get run over by vehicles, and keeping an eye out for animals that might chase, bite or spray me.

Does that mean you can’t do the things you love if they don’t help your writing? No at all. You simply have to be smart about it. For instance, I love playing solitaire on my iPad, but I don’t get any ideas from it. Worse, it can steal valuable writing time as it tends to put me to sleep if I play for more than 30 minutes. So I now play just before going to bed. It quickly stops my brain from going in circles and lets me sleep like a baby!

You can also make deals with yourself and save those idea-stoppers for special occasions. Use them as rewards, say, for a goal reached. If you know they have the ability to suck you in, set a timer so you don’t overdo it. In my case, the world would be a very sad place if I had to stop reading romances altogether. The thing is, once I start one, I often can’t put the book down until I reach the very last page. Knowing my weakness, I save them as a treat for the weekends. And seeing as it’s Sunday and I’ve finished this blog post, I can now enjoy my book totally guilt-free! Mmm, I think I’ll head for the hammock… 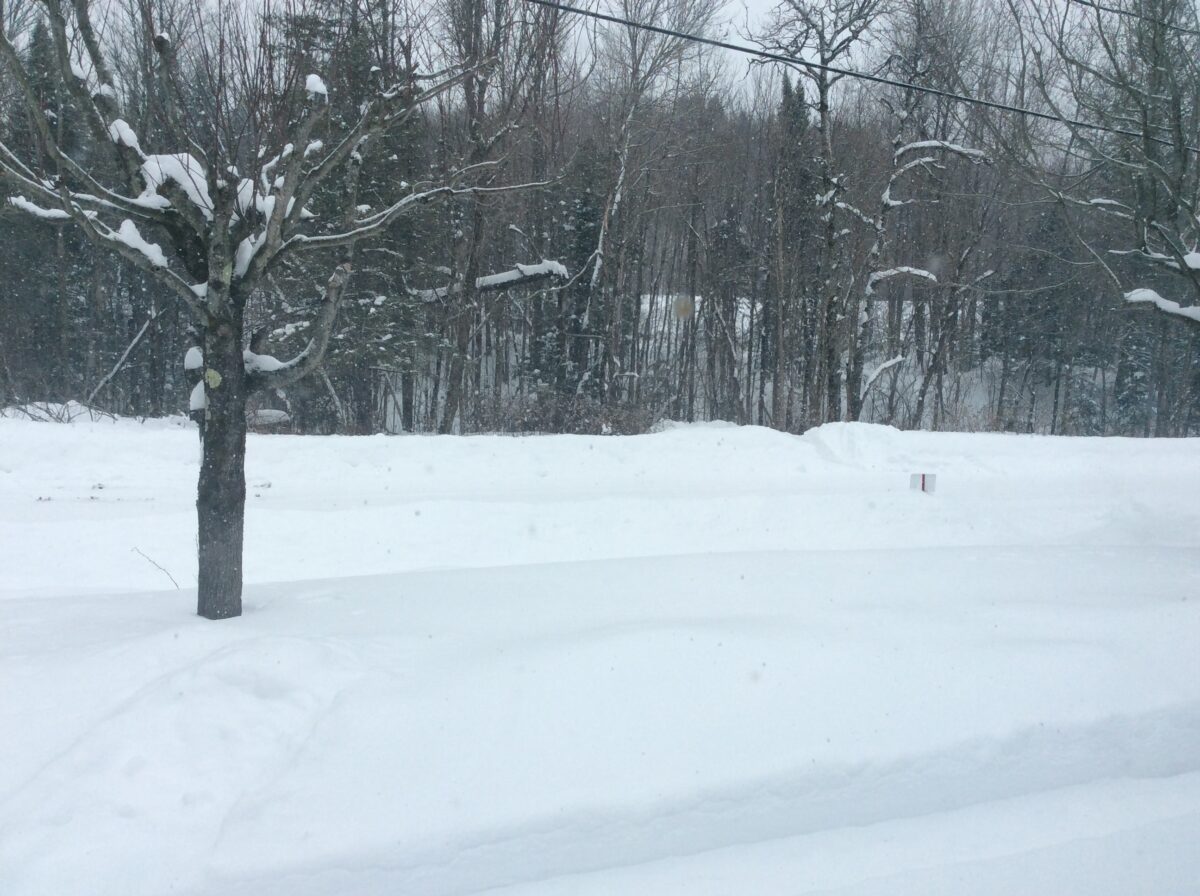 After finishing up my last blog post on making every second count, I decided to build on this idea and base the whole of 2018 on making every single day count. No matter the weather (yes, it’s snowing again), or my mood, or anything else. When it comes to writing, it is so easy to let time slip by. We lose momentum, focus, drive… and the next thing we know, the year is over and gone. Yes, we all lead busy lives, but at the end of the day what really matters to me is this : What did I do today to help me reach my writing goals?

Making lists and setting goals is the easy part. But doing the actual work—every single day—that’s what truly counts. No writing, no progress.

Having said that, it would have been really easy for me to skip writing on January 1st. After all, I had a family lunch to attend out of town, followed by an afternoon of fun and games. I knew that by the time I got back home, the last thing I would feel like doing was write. But as I sprawled on the couch that evening, drifting off to sleep, my stomach still full from my holiday-lunch overdose, my mind turned to jogging of all things. I ran with the thought and the next thing I knew an idea for an article started forming in my mind. I played with it for a bit trying to see where it might lead. After a few minutes, I realized I was actually writing out the story in my mind. I then had a difficult choice to make: I could keep on snoozing or get off the couch and write. Thankfully, I chose the latter and soon had the perfect opening for a personal essay on how I had gotten my start as a runner. And I knew exactly which publication to send it to. Using what I had so far, I composed a pitch to Canadian Running magazine and sent it off.

On January 2nd the editor replied saying he’d like to see the completed story. And just like that, that one evening of writing set the tone for the rest of my week. Each day as I continued work on my running story, I reached out to a different editor. By the time I sent it off on Friday, another editor requested to see two picture book manuscripts.

Unfortunately, the second week didn’t go so well. Ideas kept eluding me while a migraine stopped me in my tracks. By Wednesday I was nearly panicking because I hadn’t sent anything yet. Still I persevered and continued studying potential markets. By Friday I was way behind, but got an unexpected morale boost by having my first piece of the year accepted by Spider magazine. I then got sidetracked again by a bunch of translations… but happily finished off the month with my running story being accepted!

That last minute acceptance gave me a supercharged boost for February— all because on January 1st, I chose to write instead of snoozing on the couch. February is well under way, and my writing is back on course as I continue working on making every single day count.

If 2018 has not exactly been stellar for you, now’s the perfect time to get going. What are you waiting for? Make today count! 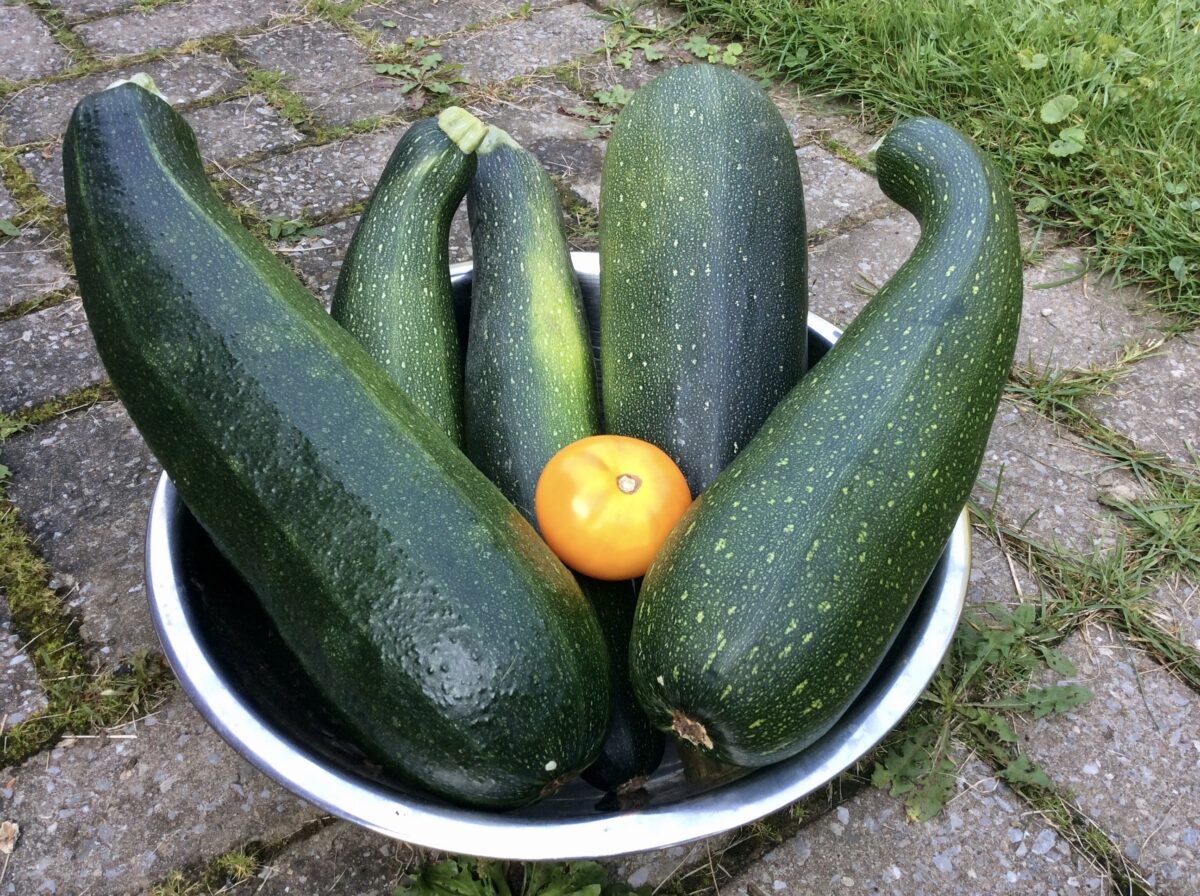 As we all know, one of the best ways to reach our writing goals is to learn from other writers. But how should you go about choosing a role model? The most logical answer would be to look for someone who has reached the level of success you wish for yourself. I’ve discovered however that it’s much better to look for people who have achieved way more than I plan on. Why? Because it makes my own modest goals seem that much easier to attain.

I also realized that it’s better for my self-esteem. As I’m not in direct competition with these high achievers, I don’t feel intimidated by their success. And I figure that if I can learn the techniques they use and try to incorporate these in my own work, there’s no reason why I shouldn’t succeed—and at a much faster rate, too!

For instance, I’m part of a Facebook group of freelance writers who, for the most part, earn at least five times what I hope to earn in a month. Many of them are full-time freelancers who are published regularly in top magazines and newspapers. While I can’t possibly pull off everything they’re doing due to time constraints, I also don’t need to. If I can learn how to sell just one feature to these same markets on a monthly basis, I will have reached my income goal, leaving me free to pursue other writing projects.

The advantage of joining a group such as this is that not only do I get to observe, but I can ask questions as well. I’ll admit it can be a bit scary to rub elbows with the pros at times, but I choose not to let it get in my way. While I may not have much to contribute to the conversations, I enjoy cheering for my role models and celebrating their victories. And who knows? One day soon they may very well be the ones cheering my victories!

In the meantime, if you need a role model for growing giant zucchinis, I’m your gal! Here’s a hint: get busy writing and forget to check on your garden for a week or two. Works every time! 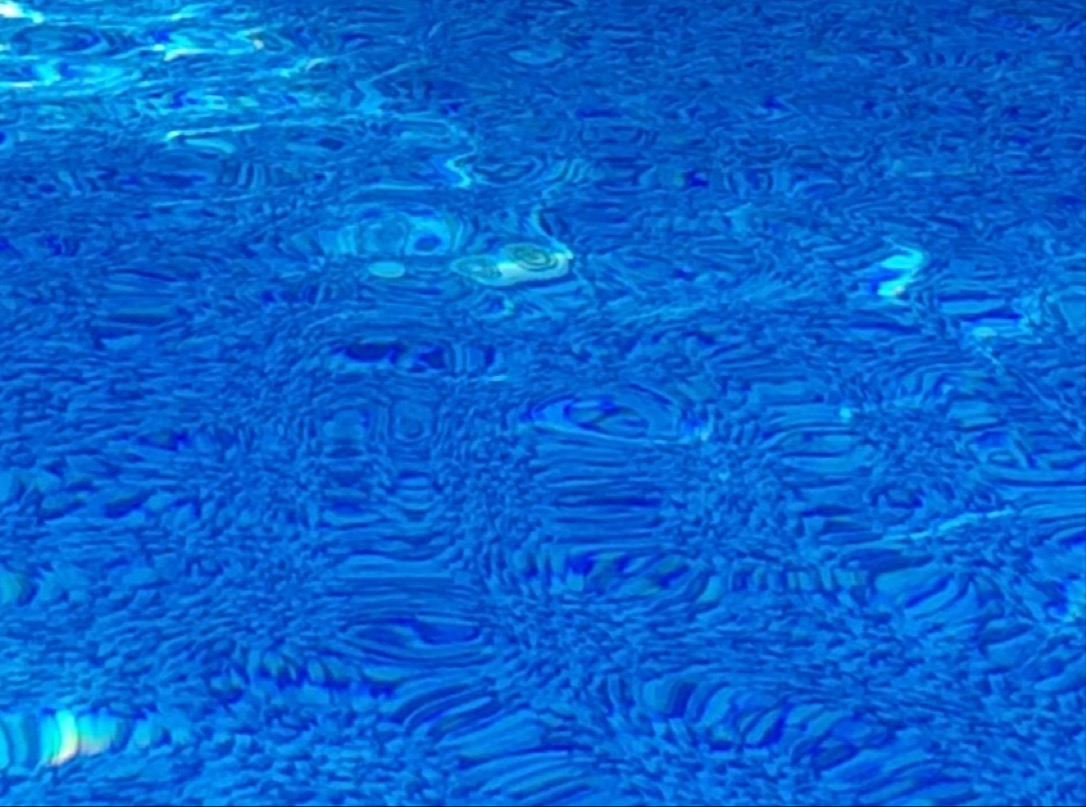 I came down with the flu during the last week of September and was sick for most of October. Now, I’m not one to complain. I always try to look at the positive side of things. But in this case, it’s been a real challenge. Aside from the occasional migraine, I rarely get ill. But this whopper really floored me. In fact it caused me to suffer from writer’s blues as well.

What is writer’s blues and how do you get it? I describe it as losing the will to write. It can strike at any moment and can be quite devastating. For me, it usually occurs after an illness or prolonged energy drain.

When I finally recuperated from the flu, I discovered I had lost my writing drive. Instead of coming home from my library job eager to start working on a writing project, I found myself tackling cleaning chores instead. A house can get pretty messy when you stop looking after it for a few weeks, so it’s not as if I was wasting my time. But did I really need to clean all the hidden cupboards that no one ever goes into?

While my house looked better with each passing day, I was no closer to fixing my writing dilemma. Running out of things to clean and feeling slightly panicky, I forced myself to step into my office and sit at my desk. I stared at my laptop for a while but couldn’t be bothered to turn it on. I really, truly, absolutely didn’t feel like it. Gazing around the room, I found myself staring at a pile of magazines that I had saved over the years to study. Curious to see how old they actually were, I got up to find out. Turns out most of them were more than ten years old! These definitely had to go. As I sorted through the lot and made piles for the recycle bin, I found my spirits lifting. Nothing like a bit of cleaning to get me out of the dumps.

Over the next few days, I ended up cleaning my office from top to bottom. In the process, I found lots of scribbled ideas tucked away in various places. As I read each note, I was surprised to find quite a few good ones. The writing buzz slowly stirred back to life as I collected my ideas and placed them all together on my desk.

The funny thing is that I actually have idea folders in my filing cabinet, but I rarely go through them. They are squeezed in among other important documents and easily disappear from sight. I decided to take them out and give them a place of honour in their own special spot next to my desk. Now whenever I sit at my computer, I see all these ideas just waiting to be developed to their full potential. I’m glad to say that my interest is back full force and that I am happily writing again.

Does that mean you should clean your office if you find yourself suffering from writer’s blues? Not necessarily.

HERE’S SOME OF THE THINGS I’VE DONE IN THE PAST TO BLAST WRITER’S BLUES:

You get the idea! Just do whatever you feel you need to do. The important thing is not to give up. You may need to be creative to get back your writing groove but most of all, be patient with yourself. It’ll come back. Promise!